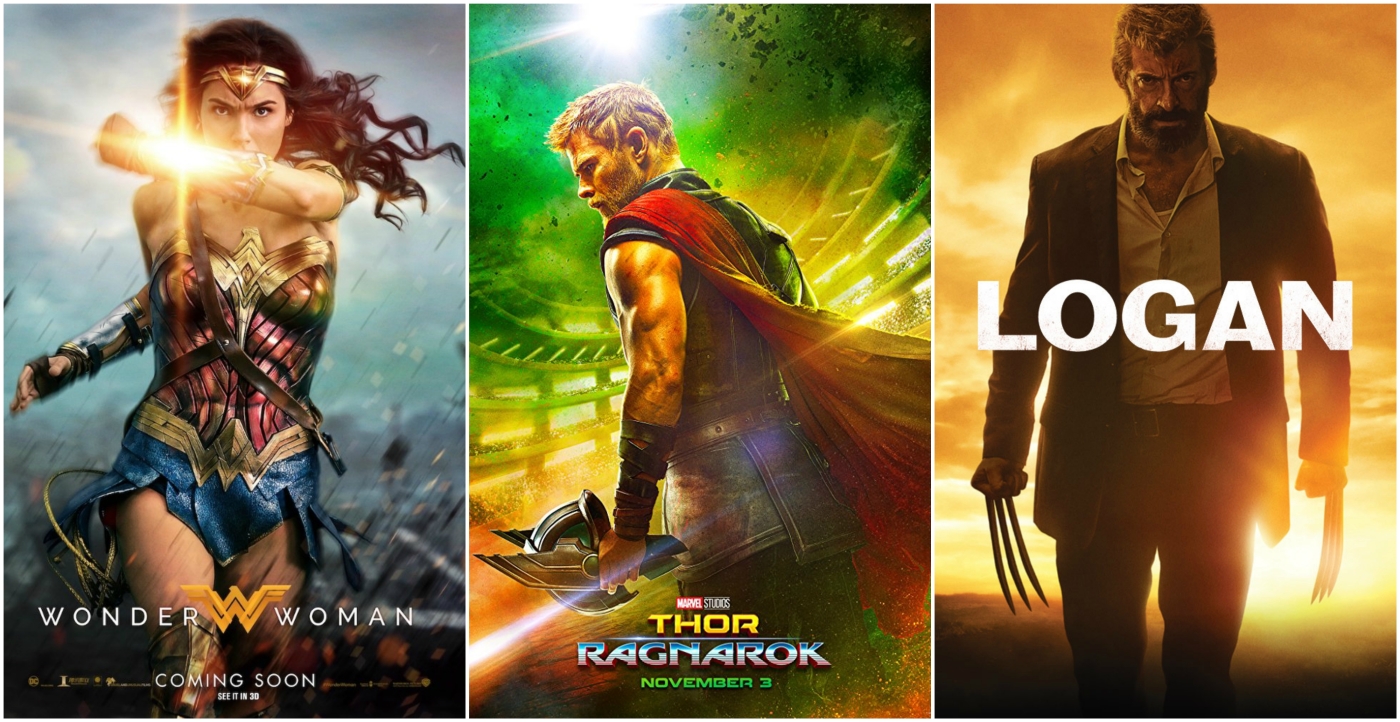 2017 was a good year for movies, and it was also a good year for comic book adaptations. For the most part all the movies that came out were well received and made a lot of money. We also saw some big changes to the genre that set up some great things for 2018. This list won’t just include the Marvel and DC but the other films adapted from comics and graphic novels.

Valerian and the City of a Thousand Planets

I tried so hard to go into this movie with an open mind and give it a fair crack, but it didn’t make it easy. I was so bored watching this movie. It actually took me multiple attempts to get through it and I am still not sure I finished it. I am a massive fan of Dane DeHaan, he is an incredibly talented actor, but this was a terrible performance from him. Between him and Cara Delevingne neither of them looked like they either wanted to be there or knew what they were doing. At over 2 and a half hours long, I would say skip it.

There is not much to say about Justice League that hasn’t already been said. I wasn’t sure about it the first time I saw it, I enjoyed it more the second time and I fell asleep the third. There is some good and a lot of bad unfortunately. I was able to enjoy it for what it was but was disappointed because of what it could have been. Hopefully because of the movies failure, Warner Brothers and DC might rethink their cinematic universe and the filmmakers they bring in going forward.

On a second viewing I enjoyed the hell out of this movie. I think I put a lot of pressure on it to be as good as the first Kingsman, but I really should have just enjoyed the ridiculous ride. There are many things wrong with this movie for sure, Channing Tatum is criminally under used and the anti/pro drug message is all over the shop, which really does let the movie down. On a more positive note, Matthew Vaughn knows how to shoot an action sequence. The constant movement of the camera definitely makes for a more interesting way to watch a shoot out or hand to hand combat. I was genuinely surprised how much fun this movie actually was on a second viewing.

Who would have thought the best Batman movie of this decade so far would have been a Lego one (don’t worry The Dark Knight was last decade). Chris MaCay made something special with this movie. It does get a little ridiculous towards the end of the movie but that’s ok because of how clever the rest of the film is, plus it is a Lego movie. To have some tap into Batman’s fear of being hurt, especially through the character of Robin, along with the examination of the dynamic of Joker and Batman’s relationship shows a level of knowledge about the Dark Knight not often seen on screen. The opening sequence is highly entertaining and absurdly accurate when dealing with the idea of why villains keep attacking Gotham. The Lego Batman Movie is definitely a fun movie for Lego and Batman fans.

Not sure if everyone knew this but Atomic Blonde is actually an adaption of a Graphic Novel, The Coldest City. I really enjoyed this movie, I thought the action was awesome, the actors were great and there is a special subtlety to the movie director David Leitch created. Something I love about this movie is Lorraine (Charlize Theron), and the fact her motivation is her job and self-preservation, unlike other female action leads, who usually have to rescue a loved one. She is just the best spy for the job, hence why she is picked. I have heard the complaint that we have seen one take stairwell fights before, but the one in Atomic Blonde is epic. Plus the movie has an awesome 80s soundtrack for all those with 80s nostalgia at the moment.

Guardians of the Galaxy Vol.2

Like a few movies on this list, I didn’t fall in love with Guardians of the Galaxy Vol.2 on a first viewing. I really enjoyed the movie but it didn’t hit me the same way that Guardians of the Galaxy had. The more I watch this movie the more I do fall in love with it. What felt disjointed the first time came together in a beautiful mesh of story and character development that ends in one of the most emotional endings to a movie with the death of a character I didn’t think would hit me as hard as it did. The use of Cat Stevens also helped with that. What could have easily been a novelty to sell toys was used perfectly by James Gunn as the audience falls in love with the charm of Baby Groot. If you weren’t 100% sold on Guardians of the Galaxy Vol.2 the first time, you should give it another go.

Tom Holland is my Spider-Man. I liked Toby Maguire as Spider-Man and really loved Andrew Garfield as Peter Parker, but there is something fantastic about what Tom Holland was able to do with this character. I was completely blown away by this movie. For once, they actually cast young actors instead of late 20s pretending to be 16, which comes as a huge bonus. Spider-Man: Homecoming feels like a teenage comedy/ coming of age movie inside a comic book story and it works brilliantly. The humour is great, the action is enjoyable and Michael Keaton is a fantastic villain. Spider-Man: Homecoming may actually be my favourite Spider-Man movie.

It is hard to not be emotional watching Logan. Whilst comic book actors have come and gone, Hugh Jackman is Wolverine to everyone. This movie is a beautiful send off to the character of Logan and Professor X, and at the same time introducing us to X23, who hopefully we will get to see more of. Despite my love for this movie I feel as though there was no need for it to be rated R. I am not opposed to violence or swearing, and I don’t care that this movie had both, but where I feel there was a need for Deadpool to be rated R, Logan could have functioned with out the gore. Some of the best moments in the movie are the character focused ones, exploring the relationship between Charles and Logan, or Logan and Laura. If you have never seen an X-Men movie, you can still very much appreciate Logan.

I was not a fan of the DC Cinematic Universe prior to Wonder Woman. I was nervous going in, but at the same time I had no expectations that this movie would be good. I was never so happy to be wrong than when I left the cinema. This movie had so many moments that hit me emotionally, and still hit me every time I watch it. I love the beach sequence and the No Mans Land scenes; both are spectacularly shot and scored to bring out the most in the scene. There is a subtlety to love about this movie also that demonstrates the strengths of Patty Jenkins as a filmmaker.

I was afraid that this movie wasn’t for everyone, given how Taika Waititi made a Taika Waititi film inside a comic book movie. I was surprised how well this film did. I don’t think I laughed so hard in a movie all year, with so much inside Australian and New Zealand humour adding to the experience. I was not a fan of the first two Thor films, but Thor: Ragnarok has now become one of my favourite comic book movies purely on an entertainment level. This is a movie that showcased Chris Hemsworth as more than just a muscle man, it changed the game for the character of Thor and it brought in some incredible new characters.

What were your favourite comic book movies of 2017? Let me know in the comments below.