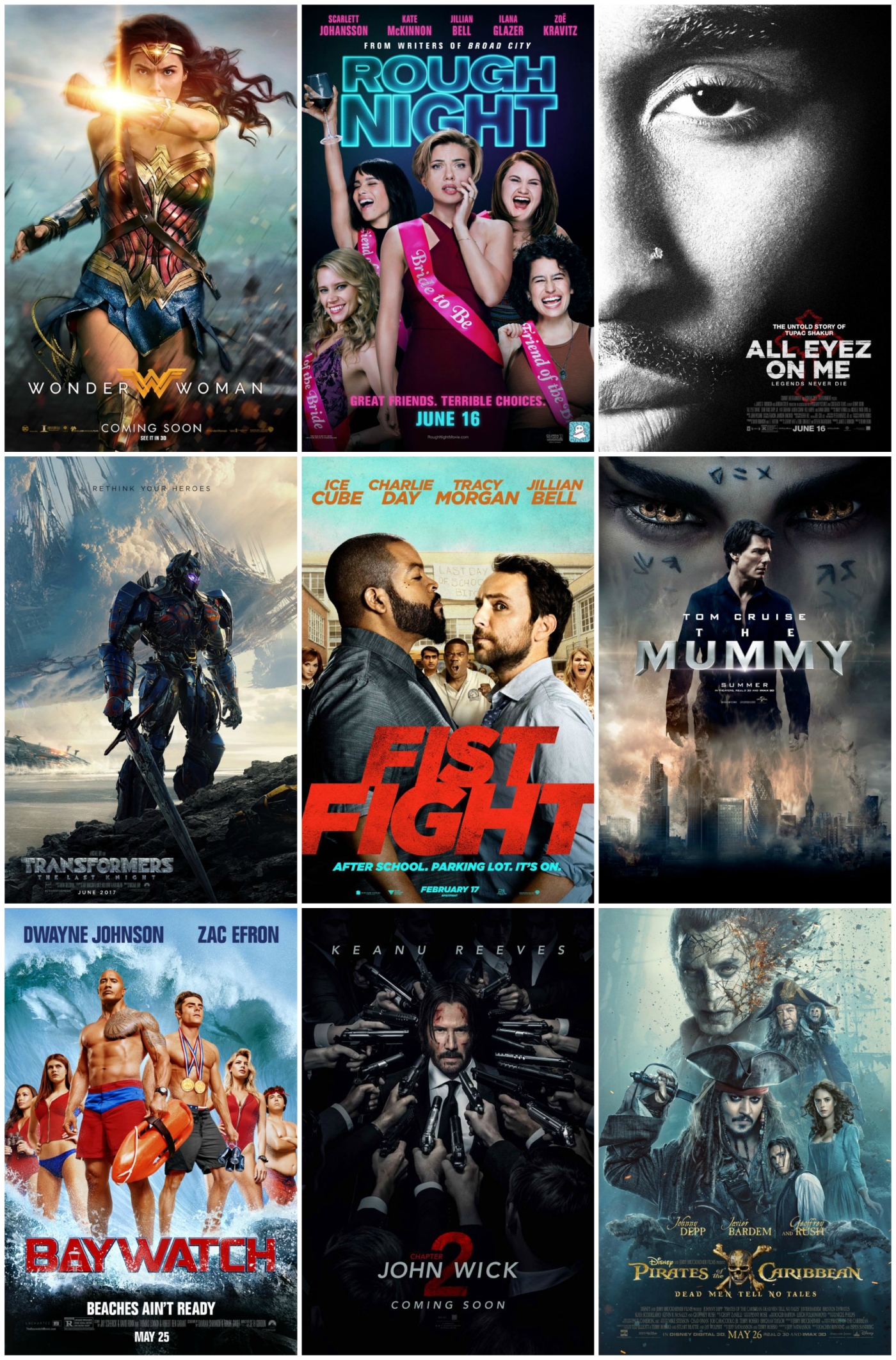 I was surprised by the actual number of films I was able to see this month, with a variety of genres coming out in June. Here are all the movies I reviewed from Best to Worst for the month of Junes

As someone who had not been a fan of the previous DCEU films I was completely blown away by how well made and entertaining this film was. I even went to see it in the cinema twice and would have gone a third time.

The first John Wick was a surprise hit with no one expecting it to be as awesome as it was. John Wick 2 expands on the mythology of the first film and definitely ups the action, but it did not have the same story strengths of the first film. Highly entertaining though and no puppies were killed, so that is a major plus.

Rough Night is definitely a movie worth checking out on Netflix. There were some humorous moments but over all the film falls flat due to the over the top nature and forced humour.

I was excited for All Eyez on me but it was a massive let down, it lacked the same impact of Straight Outta Compton. It felt more like a love letter to Tupac rather than an accurate depiction of true events.

Why does no one understand it takes time to build a cinematic universe? The Mummy was meant to kick off The Dark Universe for Universal and it became more focused with building a franchise than being a good movie. There is very little about this movie that is appealing, it just feels like a bad rip off of the 1999 version.

Pirates of the Caribbean: Dead Men Tell No Tales – 5/10

I think it is time for Jack Sparrow to move on. The movie was fine, it had a lot of problems but there were some fun moments too. It doesn’t capture the same kind of magic the first movie did, no matter how hard it tried.

Fist Fight can be a little hit and miss. The overall story is fine; some of the jokes land but for the most part it is pretty forgettable. Plus it reinforced my distain for Jillian Bell as an actress.

Stop trying to make 21 Jump Street knock offs happen, it will never happen. I think I laugh maybe a handful of times, sure the eye candy is good but there is no substance, story or humour to Baywatch.

No. Just no. Lets just let this franchise die. Whether you are a fan of the franchise or not, you will acknowledge just how terrible this movie is on all fronts.

So that is all the movies I reviewed in June. What were your favourite movies that you saw in June. Do you agree with my list? Let me know in the comments section below.